Forbidding Underage Marriage Is Not The Answer to Our Society Problem

First of all, I am sorry if I am not well versed in English. My IELTS writing test came out a little badly for my taste, nevertheless I am quite sure I can deliver my message to you.

The past few days has shown, that we as Malaysian are still trying to tackle our problem not by its root, but by cutting the branches. I do believe that what I am going to present to you here will be useful for you, since you are so adamant on preventing underage rape cases. I applaud your will but I think you are focusing on the wrong issue. As a willing Malaysian, I am hoping I can share with you my view on the same issue but with a different twist.

According to an article published by USA Today, a report by Mr.Mike Lyttle, regional supervisor for the Tennessee Bureau of Investigation's Nashville crime lab, it has been proven that the number one causes for sexual assault cases, is not drug or any other illegal substance.

Evidence have backed the report, suggesting that most sexual assault involving rape has been caused by alcohol. In most cases of rape due to alcohol, the female or the victim has been reported to be more susceptible to blame themselves and being highly discouraged to report the incident, partly to the self-blaming by being intoxicated during the assault.

A journal published by The Institute of Alcohol Studies (IAS) reported quoting a studies conducted by British Crime Survey, revealed that almost half (47%) of violent incidents in Britain for the year 2010/2011 involves alcohol consumption. If that statistics doesn't ring any alarm, what else will?

Studies have shown that alcohol can act as an aphrodisiac (Crowe and George 1989) as alcohol can grant the drinker the feelings of being powerful and aggressive, that is normally projected towards woman.

On another side, research shows that female who drink alcohol are frequently perceived as being more sexually available and promiscuous compared with women who do not drink (Abbey,1996) and sexually assaultive men often describe women who drink in bars as “loose,” immoral women who are appropriate targets for sexual aggression (Kanin 1984; Scully 1991).

I need to stressed out, this is not my personal opinions.

Lets look at a few cases that have shown the effects of alcohol elevating a person to conduct sexual assault.

In December 13th 2016, four Singapore students has been arrested in Taiwan for raping and assaulting two Taiwanese woman while all six of them are intoxicated. The male group have denied the accusations and as reported by the media, in their defence, the males considered the sex between four of them and the two woman are consensual sex.

Let's look at another interesting case, unfortunately it also happen in our neighboring country, Singapore. On 13th August 2015, a Taiwanese tourist age 23, after a night of drinking with a male friend whom she knew a few weeks before the incident, found herself locked in a room with her 20 year old male friend who started getting aroused and try to force himself to her. Unable to rape the lady, he assault her genitals with his finger after stripping her.

The incident luckily ended prematurely as the lady find a cup of coffee, throw it to her assailant and her assailant started to apologize, giving her the chance to pick up her clothes and ran away.

Finally, let us look at one of the most high profile cases of alcohol related rape incident that involves Malaysian. On 4th of July 2013, Megat Farzeril Faiz Megat Razali, 19, Mohammad Shaizzad Md Shafie, 19, dan Adib Adha Ismail, 18, three athlete representing a state for SUKMA has been reported to be a suspect for a rape cases involving a 20 year old female SUKMA team officer.

It was reported that under the influence of alcohol and unsure of their action, each one of them take turns to rape the 20 year old officer in a hostel room in UPM, Serdang. All defendant pleaded not guilty to their accusation.

There are a few other cases that actually involves underage student from our secondary schools being raped after voluntarily taking alcohol or being force to consume by their captor, but I can't bring myself to put it here since the thoughts of a group of boys or men forcing themselves to a single underage female while all of them are intoxicated, is not pleasant.

I believe that by targeting to abolish child marriage, it is not the right approach in solving the problem of rape involving underage individual. I believe it narrows down your proposed solution.

By looking at what makes the perpetrator acts, I hope we can come out with a better solution to help your good cause. With alcohol easily available since it is being sold almost everywhere with little restrictions, there is as little chances as it can get, anyone can be tempted to become a sexual assailant.

A clearly stricter new enforcement act that can control the availability of alcohol being sold will be helpful in preventing rape cases due to intoxication. I would really love if you can use your power as an MP to propose a nationwide control that limits where alcohol will be available to be sold, as I believe a non Muslim can have a more balanced view on these sensitive topics in Malaysia.

Let's look at the benefits on why we need stricter controls, even stricter than what we have today;

We can lower down the number of alcohol related sexual assault. This should be your main priority since it has been proven that alcohol is the number one causes of sexual assault. Number two, we can cut down the number of traffic accident involving driver who are driving under intoxication, such as the case of the victim of Mohd. Nazreen Bahari who died on his motorcycle while waiting for the green light, being hit by a car driven by a driver high on alcohol at 3.30 in the early morning.

I strongly believes my suggestion to you could help a lot more than what you are suggesting (blanket banned on child marriage), as I strongly believes that alcohol is the number one reason why so many bad things happen in our world. 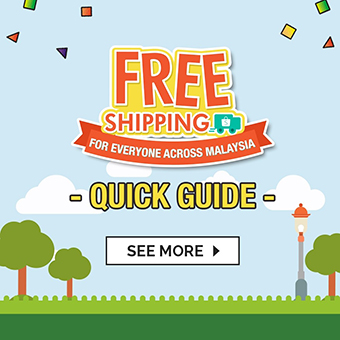 If we are still trying to look at what happen and keep ignoring why it happen, then we are just wasting our time proposing things that are not even helping us to get close as a solution.

For your information, yes I know and fully aware that most of the cases I presented here are clearly not rape cases involving minors under the influence of alcohol. Sincerely I don't want to write it here and I already stated my reason above. It's inhumane how some people use alcohol as an excuse to do bad things to others.

But I did share some news report in the reference, about incidents that involves sexual assault of a minor or by a minor that is influenced by alcohol, sadly involving Malaysians, mostly.

Hopefully you can digest it better than me.

The most damning statistics actually come from MP Kota Raja report in 2010. For a country with a population of over 30 million people, the numbers of liquor sold is too high if we compare it to the ratio of citizens and unfortunately, rank us in the top 10 country of highest liquor consumption in the world. 48% of the patients admitted in HKL admitted to be a drinker and the average age of alcohol consumer in Malaysia is getting younger.

A proposal to increased the legal age to drink alcohol is a good start for us.

Read the case about an underage son raping her mother while her mother is unconcious due to intoxication. I'm really interested to know what's your take on that. I stand by what I am proposing here, as I felt as a society, we need to be more aware about what is happening in a grander scope compared to trying to pinpoint the blame on a certain group of people, chosen selectively to proof a narrow and unjustified method.

Alcohol is by far the most dangerous 'date rape drug'

Alcohol most common in sexual assaults

Calling Time on Sexual Violence and Alcohol: THE FACTS